G-Zero stumbled upon ProShop at an aerospace conference in 2018 and decided to sign up.  They have seen improvements in Quality as they haven’t a single rejection from a customer in 6 months. Another area they improved in was their profitability because setups took less time, jobs were moving through faster, and quality issues were avoided. Because they had a more rapid process in the office and in engineering, G-Zero is getting jobs out to the shop floor faster than they used to.

G-Zero CNC is a machine shop in the Boise ID area owned by Dave and Stephanie Hannah.   They bought the shop in 2007 after deciding to leave the high pressure corporate life in Los Angeles. Dave had never worked in the machining industry so had a steep learning curve the first few years of running the business.  In 2010, as the shop grew, they decided they needed some ERP software and, after some looking, decided to go the “safe” route and buy the widely used system JobBOSS.

“We bought JobBOSS and then sent 3 employees to a training class for 3 days” said Dave. “Then we came back to the shop and tried to implement it. We got most of it working, but we never fully implemented it, because it was difficult and didn’t work as well as we were hoping. We never got scheduling to work so resorted to Excel spreadsheets. But other than that, it worked fine – at least we thought it did at the time.  We didn’t really know any better.”

Fast forward 8 years, in 2018, G-Zero was exhibiting at an aerospace conference and stumbled across the booth for ProShop ERP. “I was definitely not in the market for ERP software,” said Dave. “But I figured it didn’t hurt to see what ProShop was all about. Within the first 10 minutes of getting a demo, I knew I had to switch. It clearly covered so many of the problems we had at our shop – things that JobBOSS doesn’t even begin to try to solve.”

After signing up for ProShop, they started into the Training & Implementation Process (TIP) with their dedicated ProShop Implementation Specialist.  The process was considerably different than what they had experienced with JobBOSS. Rather than sending some employees for an intensive 3 day course, and then trying to do the implementation themselves back at the shop, they did remote training a few times a week with a dedicated ProShop Implementation Specialist over the course of a couple of months.  “I was really surprised at how much easier the process was than I thought it would be. The training was very detailed and thorough,” Dave explained. “Our trainer Luc, was with us every step of the way, showing us every feature and how it mattered to our business. And Luc had been machinist himself for more than 20 years, so he really spoke our language. Everyone in the shop, including our machinists, got pretty excited about it and got on board quickly.” Dave continued, “They imported all the data we wanted to bring over for us.  We imported our part numbers, but not our routers. We didn’t like the way JobBOSS did routers so we wanted to start that part from scratch which ended up working great, because ProShop has so many more options, including multiple routing methods for any part.”

One of the biggest pain points at G-Zero was scheduling, Dave explained. “It was always very difficult to see where jobs were at, and we couldn’t tell if a setup was done, or how many parts were made.  After getting ProShop up and running, our schedule started to improve right away. It was obvious to me what a game changer this was going to be. The fact that I could see every job detail right from my office, without having to go find and chase down a job folder was huge for me!”

One of the most impactful changes that ProShop helped with was improving job setups and helping get parts pushed through the shop faster.  In their old system, all the job details, setup sheets, cutting tools, inspection plans, etc. were managed 100% manually outside of their ERP. “Like all shops, we did the best we could with those things, but it was always very difficult,” Dave shared. “Our setups nearly always went over our targets and that wreaked havoc with our schedule.  But we didn’t have the tools with JobBOSS to make it better. Once we switched to ProShop, and our setup machinists could easily add notes about why the setups were taking so long, it became obvious that cutting tools was one of our biggest areas for improvement. When a setup would start, it was very common that the machinist would leave the workstation looking for the tools they needed, and the machines would sit.”

Dave had been shown the Tooling module in ProShop during the sales demo, but he initially thought that module was overkill and he didn’t plan on using it. Seeing the notes that his team was leaving about why jobs were taking so long, made him second guess his decision. “Once I saw now much tooling was a problem for us, we fully committed to implementing the Tool module in ProShop.  We organized our tooling the way Luc had recommended and ProShop is designed for, and we even hired a full time tool crib manager – which was one of the best decisions I’ve made,” said Dave. “The whole situation got so much better than it was before. It took us about 2 months to overhaul our tooling area. We now kit jobs including tools, materials, gages and fixtures about 1 week in advance so we can be sure things are ready to go, and it gives us flexibility to make changes easily on what to run next. It’s now one of the most important modules to us in ProShop, and I would highly recommend for any company implementing ProShop, to make it a priority.”

“We also started using the Fixture module to manage our fixtures and storage locations.  That’s now part of the job setup inside ProShop that we prep in our kitting process ahead of time. We now also have a lot of pictures of our setups, inspection plans, and operator instructions.  It’s now so fast to add photos, that the guys complain if there aren’t enough photos. We’ve essentially eliminated tribal knowledge,” Dave explained proudly.

Another area that has seen significant improvements is in the office. Previously, they did estimating with JobBOSS, and it was relatively easy to convert those estimates into a job.  But changes to those plans were not easy. “If we had something that needed changing after we converted an estimate to a job, it was quite difficult. Those kinds of changes are now very fast and simple in ProShop, which allows us to have more accurate work order routings.”

“Previously, our programmers and planners had to wait for the paper traveler to arrive on their desk before they knew about a job and could start working on it. We had designed a paper handling queue to help manage the flow of jobs,” said Dave. “Now once a Work Order is issued in ProShop, everyone that needs to, can instantly see it. It even proactively alerts our programmers if they’ve been assigned.  So they can start looking at the job and start planning their tooling, fixturing and machining strategies.”

“Personally, I LOVE the navigation in ProShop.  It is so easy to see anything I want about anything almost instantly.  The way everything is linked together, allowing for lateral movement among modules and records is so much easier than JobBOSS. I used to have to use menus to drill down to find a piece of information, copy it down, and then come back out of that menu, go down another menu to enter it back in to find something you want to find.  Some things are easily 10x faster in ProShop, which makes our office work go much faster,” Dave explained.

Metrics on the Rise

Quality – Dave and his team embraced the integrated inspection plans immediately. “We used to do inspection on paper, and it wasn’t very well controlled. Our guys were pretty sporadic with their in-process inspections, and I had no easy way to monitor that. Someone could even write down an inspection result they thought was in tolerance, but it could actually be out of tolerance, and they may not notice.  So it would bite us sometimes with quality issues getting to our customers,” Dave explained. “Now we define what to check for our FAIs, and what to check how often for our in-process checks, and the guys follow the plan. It has definitely helped us improve our quality. Since putting ProShop in, we haven’t had a single rejection from a customer; and that’s been over 6 months.”

Profitability – With setups taking less time, jobs moving through the shop faster, quality issues being avoided or caught very quickly, the overall profitability of the shop is up since putting in ProShop. Dave didn’t share specific numbers, but he’s been very happy with the results.

Lead Times/Delivery – With the more rapid process in the office and in engineering, G-Zero is getting jobs out to the shop floor faster than they used to. “That helps us deliver jobs with shorter lead times than we could before,” said Dave. “One customer even asked us why our delivery performance had gotten so much better. So we showed them ProShop, and they were so impressed they started sending us more work. That was a nice benefit I hadn’t anticipated from getting ProShop.”

“Getting ProShop and being paperless, meant we had to get computers everywhere on the shop floor, which has been great.  It was a little investment up front, but it’s been totally worth it,” said Dave. “Now that everybody has access to ProShop, they like the ability to have input. The machinists and shop floor employees are now more invested in the process and feel more ownership of their work. They feel good about documenting their jobs with pictures and notes. I’ve been surprised by how much the machinists have embraced it and are using it to drive improvements.  That’s been a very pleasant and unexpected benefit of ProShop,” explained Dave.

As we wrapped up the interview for this case study, we asked Dave if there were any final thoughts he wanted to share. He enthusiastically said, yes! “The paperless part is so great.  We spend a lot less time looking for things. We used to often lose inspection sheets, job travelers and other documents. We are saving time everywhere.”

“ProShop is also the most user friendly system I have ever seen, and I have used several ERP systems in the past. There was a lot to learn, because ProShop is a big system, but once you learn it, it is so fast and easy to use.”

“One of the great surprises with ProShop, is that it exceeds what I saw in the sales demo.  Most demos are the opposite, and when you try the software yourself, it never lives up to the demo, but ProShop is better than what I saw in the demo.”

We concluded the interview and thanked Dave very much for generously spending an hour of his time with us. “Are you kidding me,” he exclaimed! “ProShop has saved me so much time in the past 6 months! It’s because of ProShop, I have time in my day to do this interview with you. Thank you for making my job easier and my company better!” 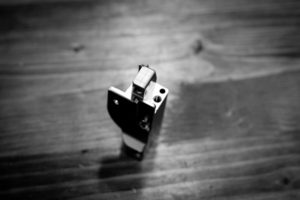 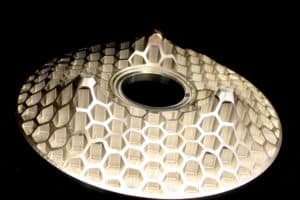 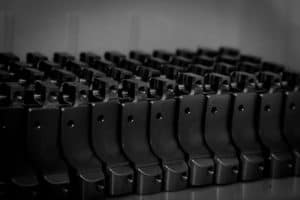